In countries where resources are scarce, effective use of hospital data can provide valuable information on the prevalence of medically treated suicide attempts and self-harm acts. The USA is an example of a country with a large population that combines various surveillance systems to provide a representative sample of hospital-presented suicide attempts.

In Europe, there is one relevant international database which records data on medically treated suicide attempts:  the European Injury Database (IDB). The IDB is a unique data source that contains standardized cross-national data on the external causes and circumstances of injuries treated in emergency departments. The first results of the IDB “intentional self-harm module” in 2013, which looked at self-injury and suicide attempts in European countries, demonstrate that this tool has value in providing a broad overview of trends in hospital-presented suicide attempts and self-harm (11).

National databases vary in terms of sampling and data collection procedures, which may limit comparison of outcomes across countries. However, each country uses ICD coding in classifying intentional self-harm, sometimes in addition to other classifications. The existing national databases provide the potential for morbidity data to be given equal importance in monitoring as that given to mortality data. 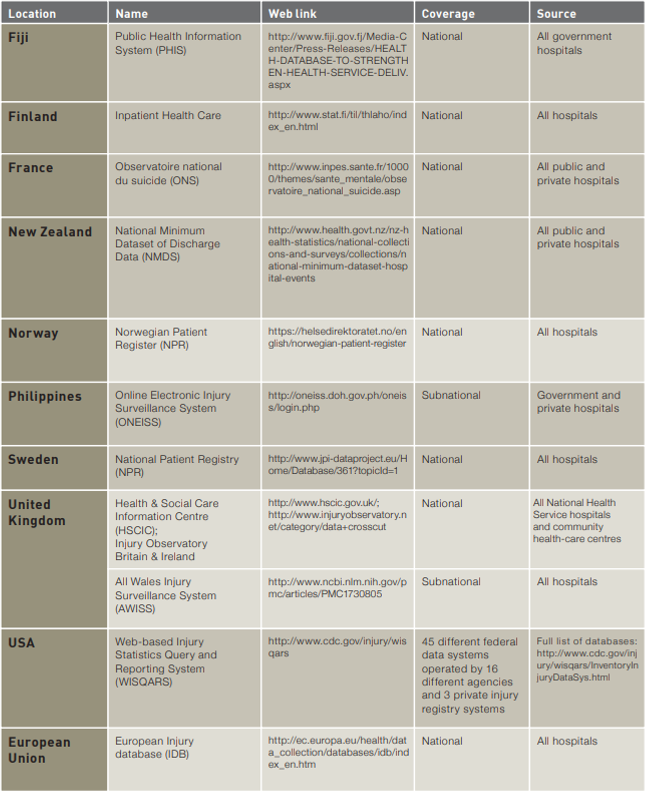 Previous Topic
Back to Module
Next Topic