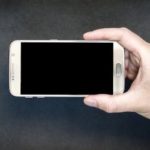 16-year-old male, BIBA and accompanied by his mother.  Found unconscious in his bedroom by his mother. A belt was found around the patient’s neck. Patient was resuscitated at home. Reports that patient’s phone was found close by, with a live video recording function switched on.

Behavior: Wanted to get a ‘high’. Was recording live to a video streaming site to share with others.

You have already completed the test before. Hence you can not start it again.

You must first complete the following:

Test complete. Results are being recorded.